.....or the "Thin Blue Line", perfect for riots, shenanigans or wargames involving members of "Posties Rejects"!

These are from Flytrap Factory but no listing on their site, these were got from those "great communicators" over at Zombiesmith. Easy enough paint, dark blue and black, not adventurous enough to try painting police on the shields! It works out at 5 poses in the pack, I just dropped the shield to a resting position on some of them to aid variety and 3 figures were placed flat to serve as casualties. 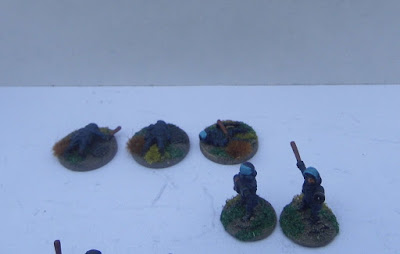 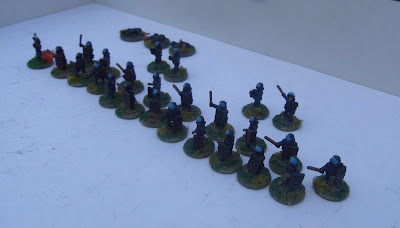 Good figures, I was going to use them as zombies and cover them in gore but decided on using them for both zombies and rioters and no gore. 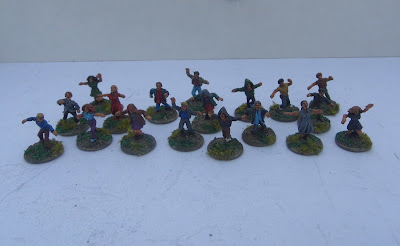 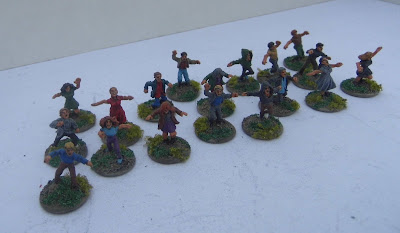 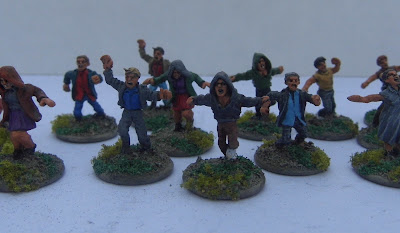 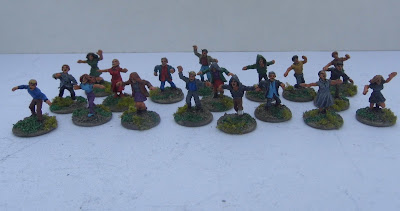 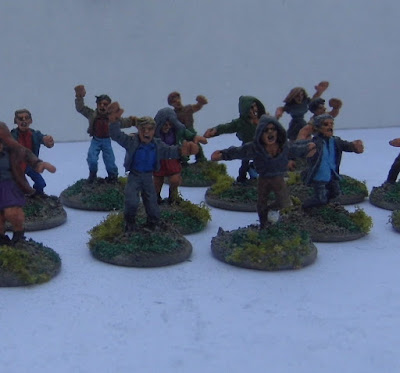 Had a lot of time on my hands recently so a lot of things got painted that were in the lead pile, things got repaired( most of it anyway) that were fecked in transport from England, so the 15mm modern range got a lot of attention, stuff got re-based......when we eventually got electricity!


The figures are from their Lawfighter range (camera guy is from Oddzial Osmy) and were bought last year from the "helpful" guys at Zombiesmith, the sculpts aren't too bad, there are about 7 or 8 sculpts per range, a lot of repeats but with a varied colour palette you can change things up ( a little criticism is there are too many flat cap figures), I left a lot of figures out due to the repeats and colour blindness.

The Ray in this statement of protest may or may not be the same Ray I used to know once upon a time! 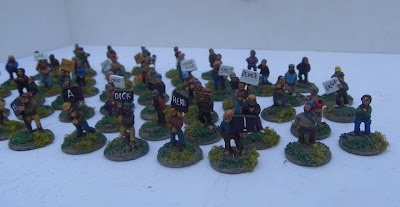 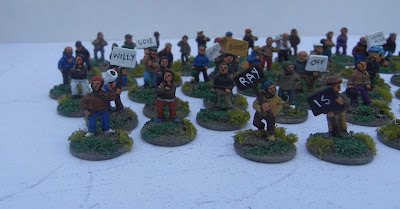 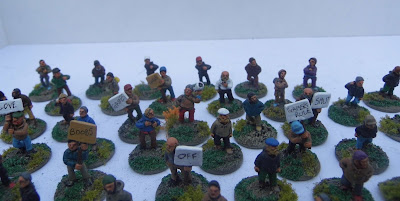 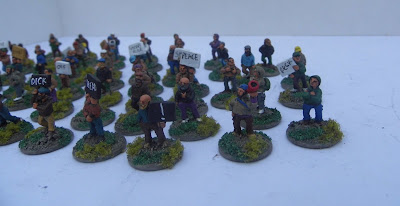 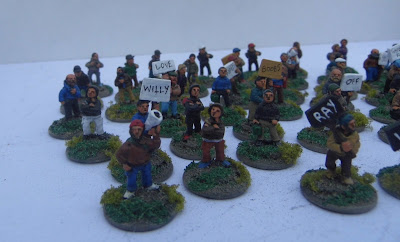