Chris (The Persuader) Stoesen over at Wargamer's Odds and Ends is running this years Santa Clause where you spend no more than £5.00 on something hobbyish and paint it and then send it to a victim target another member of the Santa Clause cabal.

My victim target member of the cabal was chosen and after perusing his blog(I was already a follower)I spied that he was contemplating getting into 20mm modern from Elhiem, so I spent my money and bought some 20mm modern madness from Elhiem (he recently just painted some modern minis)......

So they will wind their way across the world on a sleigh (Irish Postal Services) this weekend and he may be happy or he may not be but it's better than coal!

A few issues with the painting, varnish went cloudy, primer running off model, going blind but they are figures that he may be able to use for modern scenarios    or candidates for a dettol bath. 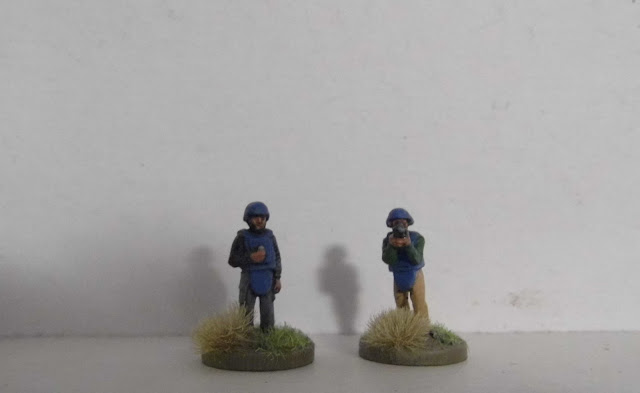 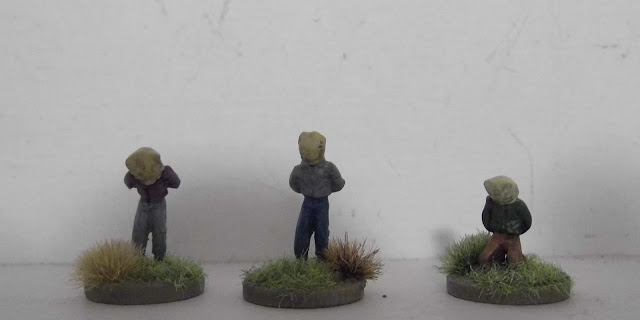 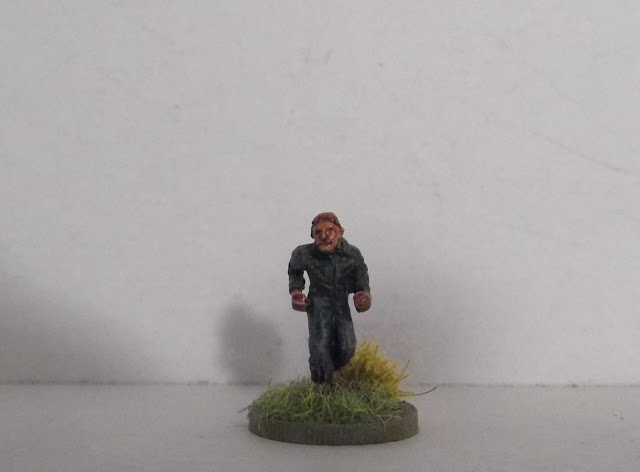 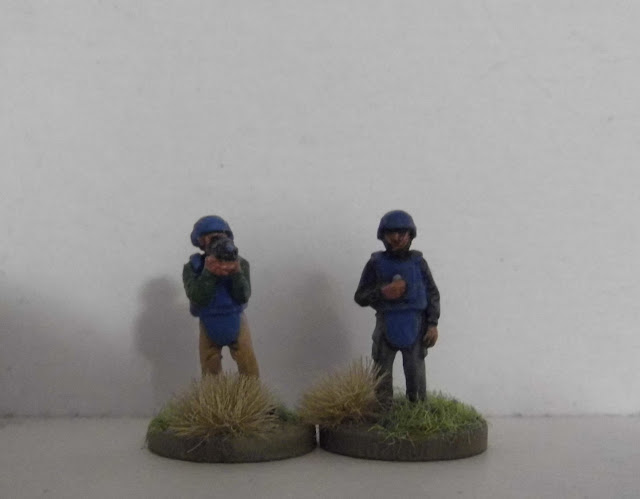 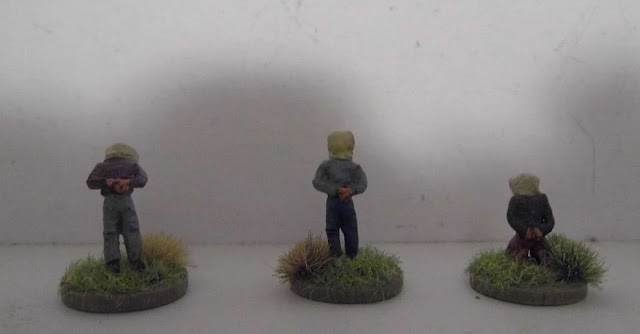 Just some more civilians but these are armed teenagers and add a little variety to groups especially zombie survivors.

Pictures are not the best but hopefully you get the idea, 15mm from Khurasan and because their teenagers smaller than that so 13mm? 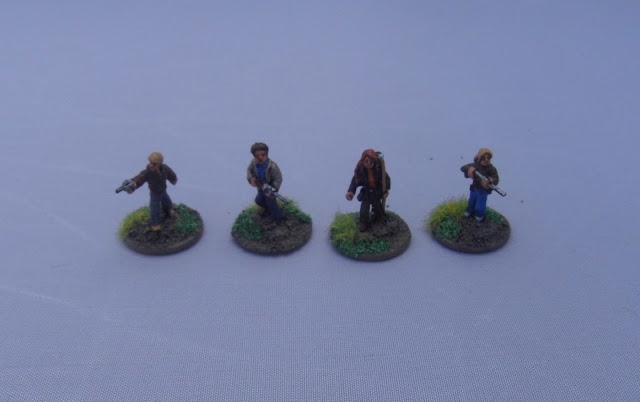 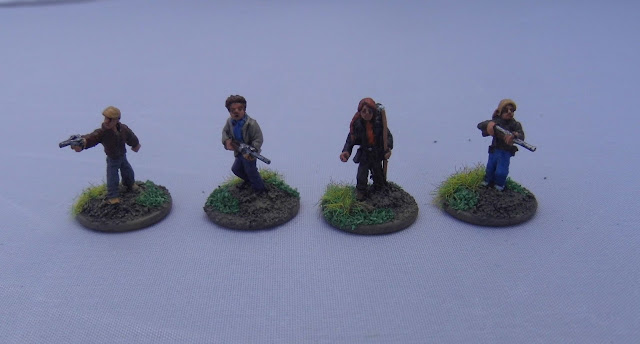 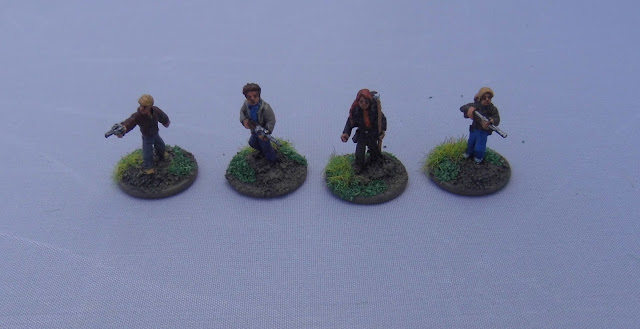 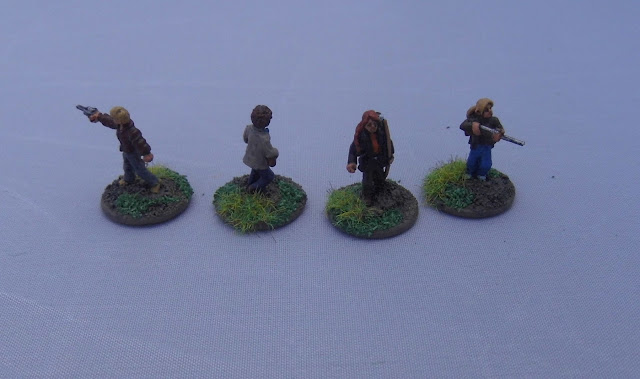