Asked by some people to show my samurai collection, so I put up a few pictures and will probably use this as a game setting for The Rejects to have a game with a few changes. The game is loosely based on Japan expelling Christian clergy from it's shores due to secret and not so secret plots and plans of the missionaries.

Missionaries were not reluctant to take military action if they considered it an effective way to Christianize Japan. They often associated military action against Japan with the conquest of China. They thought that well-trained Japanese soldiers who had experienced long civil wars would help their countries conquer China. For example, Alessandro Valignano said to the Philippine Governor that it was impossible to conquer Japan because the Japanese were very brave and always received military training but that Japan would benefit them when they would conquer China. Francisco Cabral also reported to the King of Spain that priests were able to send to China two or three thousand Japanese Christian soldiers who were brave and were expected to serve the king with little pay.
The Jesuits provided various kinds of support including military support to Kirishitan (Roman Catholic Christians) daimyo when they were threatened by non-Kirishitan daimyo. Most notable was their support of Omura Sumitada and Arima Harunobu, who fought against the anti-Catholic Ryuzoji clan. In the 1580s, Valignano believed in the effectiveness of military action and fortified Nagasaki and Mogi. In 1585,Gaspar Coelho asked the Spanish Philippines to send a fleet but the plan was rejected due to the shortness of its military capability. Christians Protasio Arima and Paulo Okamoto were named as principals in an assassination plot to murder the magistrate in charge of the Shogunate's most important port city of Nagasaki.
More can be read here.
http://en.wikipedia.org/wiki/Kirishitan

Below are pictures of the collection but not all, still more samurai and ashigaru to be deployed plus the Ikko Ikki forces and of course 50 or 60 ninja (did a game once of Oda Nobunaga attack on the Iga Province, needed a lot of ninja for that).Any questions just leave a comment and I will try and answer it. 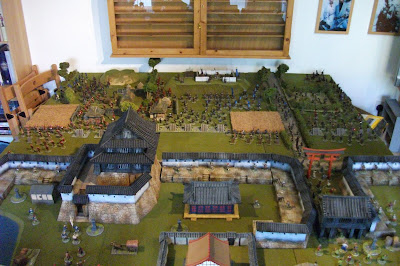 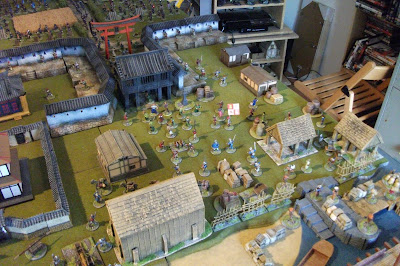 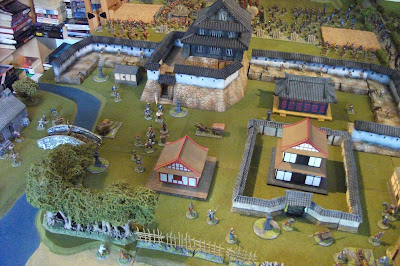 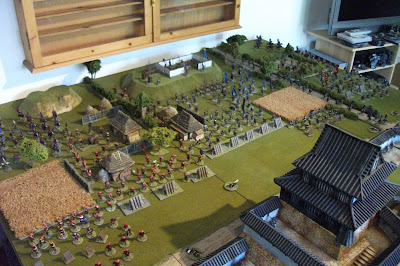 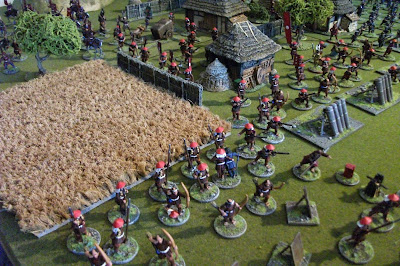 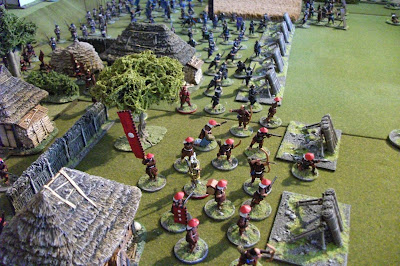 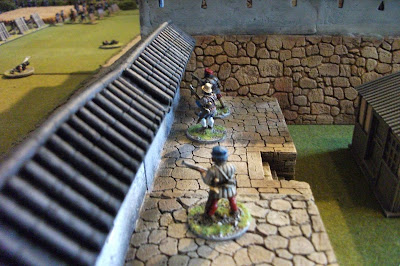 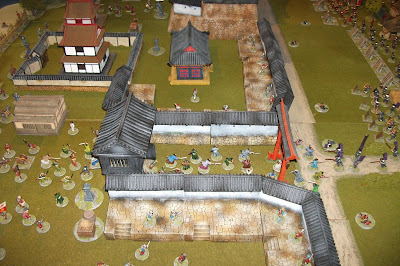 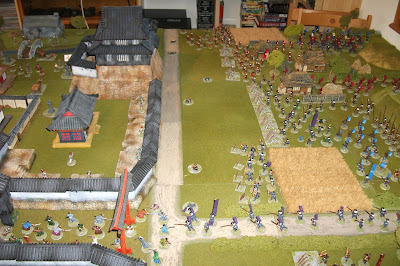 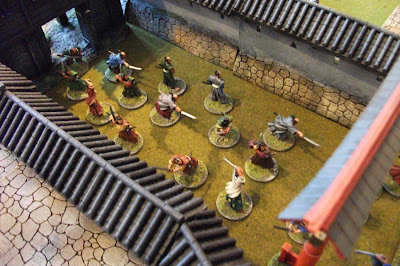 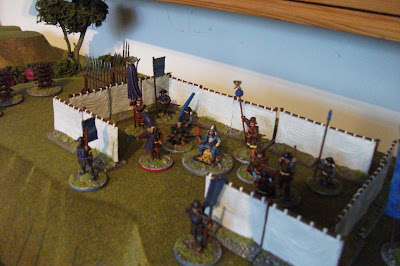 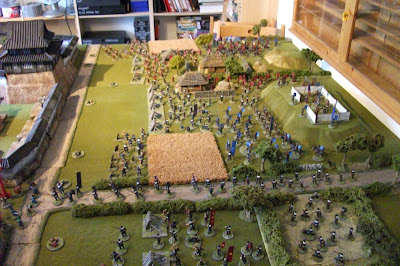 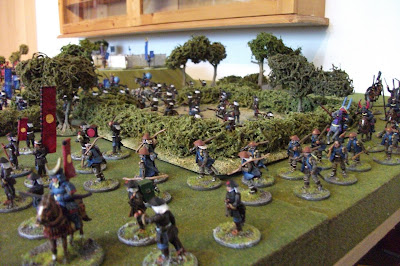 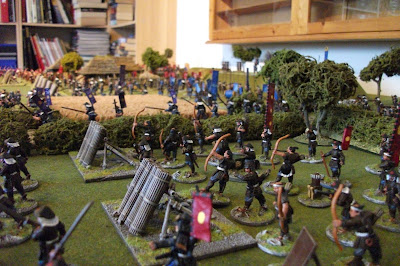 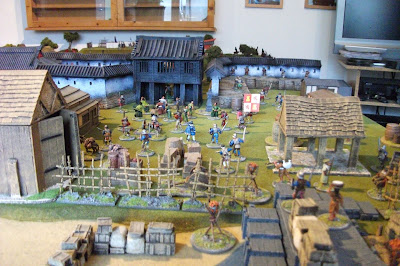 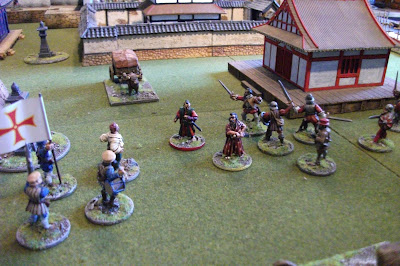 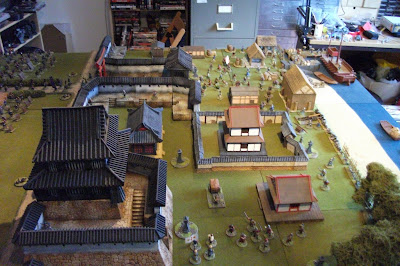 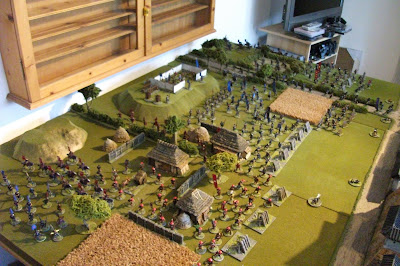 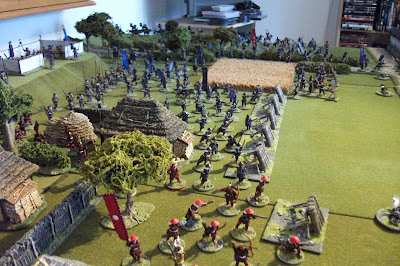 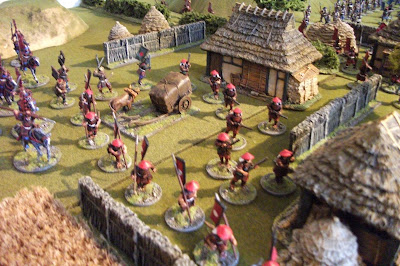 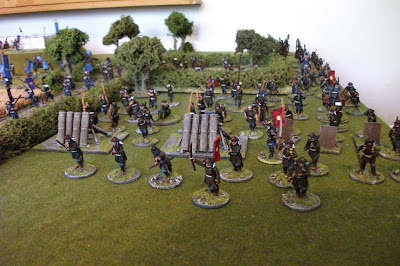 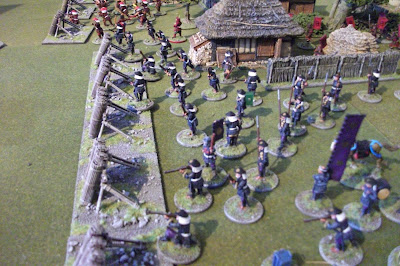 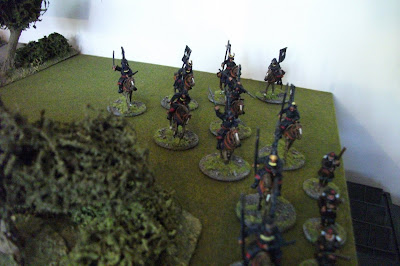 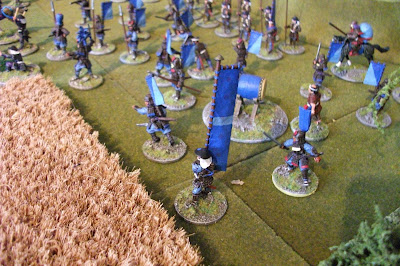 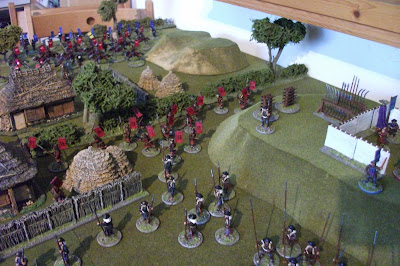