Ray has done a post about the Rejects on tour at Salute and out willingness to meet fellow bloggers and wargamers primarily because we can, we should, we want to and especially to put faces to names (maybe a group shot), the one thing that this blogging shenanigans has done has brought a lot of people together across the globe which can't be a bad thing and has kept me functioning as a human being for a lot longer than I was intending to! 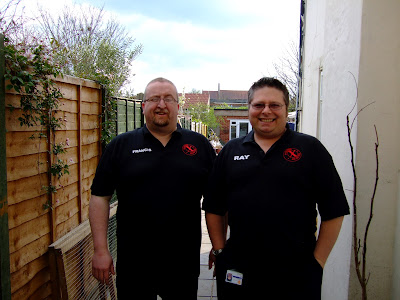 For the love of Michael Flately take the picture as I can't hold my breath for much longer!


I'm going to Salute obviously like everybody else primarily for figures and stock or what my funds allow me to buy but I'm looking forward to meeting people (with a little trepidation because I am a little shy) that I've spoken to countless times on their blogs.

Now Ray has sorted out a time for a brief meet up at the venue (it was meant to be a pub but he's driving and can't drink, I'm not though but he is my lift!) but if you see me before that stop me and introduce yourself and while I can be politely described as a large lump (rhymes with cat) and looking like a bulldog licking piss off a nettle I am not too bad a human being as some fellow bloggers I've met in person can hopefully say! 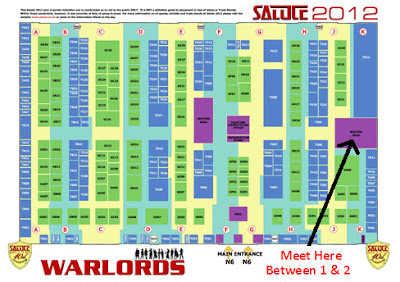 I have organised some polo shirts for the Rejects game at Broadside 2012 (information on the side bar) and while they didn't come out exactly as I wanted they're still very acceptable, we did the shirts after speaking to and seeing other demo game clubs and groups do this for uniformity and stopping some ass crack moments! We'll probably wear them at the show....under a jacket! 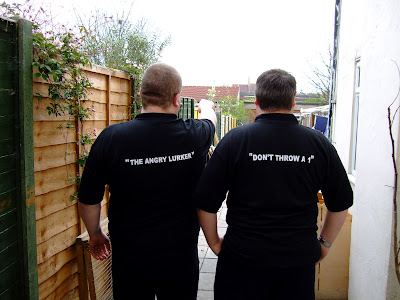 After this I shaved my head!


I also have a new page at the top of the blog with a link to some stuff for sale on Ebay which funds my Shinybloodyitis disease and Salute this weekend.

We've also got an ACW game on the Sunday with a few Canadian bloggers and I'm cooking my heart attack on a plate as well.
Posted by The Angry Lurker at 09:53