In the rules if one of these bases touch a survivor figure it's instant death, they are also zombie spawn points,  and the figures are mostly if not all Rebel Minis I believe....

Now I just need to find 15mm zombie tank figures and we're done with the zombies......

Could have put more figures on them but it's more for what they represent in the game than anything else. 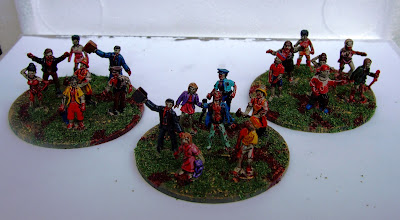 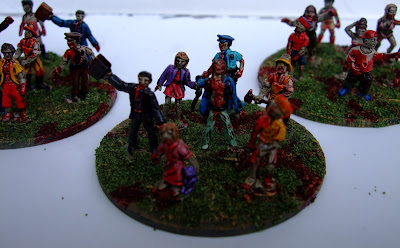 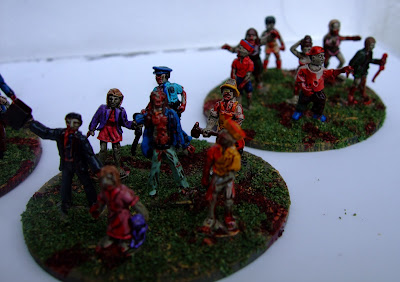 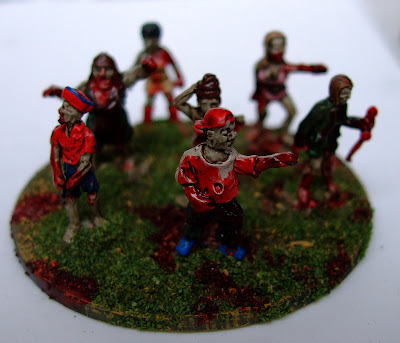 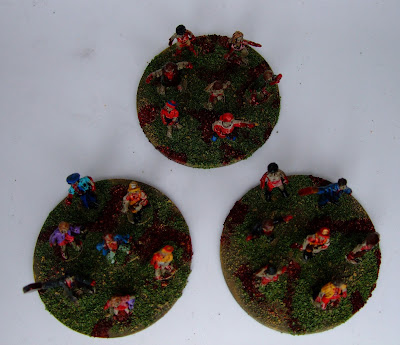 ....and Ray painted the figures so my apologies!

Anne O'Leary is having a challenge over at her blog and wants you to drop over and help her win
, so get on with it