.....Colonel Bill's Wargame Depot. Perfect for 18th, 19th and early 20th century gaming as scenery or an objective or just something to hide behind or steal.

I have the wagons from Black Flag but had seen these from 4Ground and wanted a wagon with the canopy hoods, these are very nice kits, come with quite good instructions, a little fiddly (you will see that they only have 4 canopy hoods each instead of 5, damn my shovel sized hands!) but overall a little better than the Black Flag ones.

I bought the kits at Cavalier from Colonel Bill but he had designed loads to fit exactly and neatly in the wagons rear (lovely fit), so I bought the Napoleonic/Colonial/ACW set, not bad but with the normal resin issues you find like not fully cast but still acceptable as scenery .

Two Dixon cowboys to give an idea of size and scale. 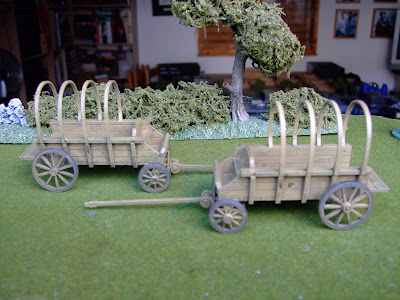 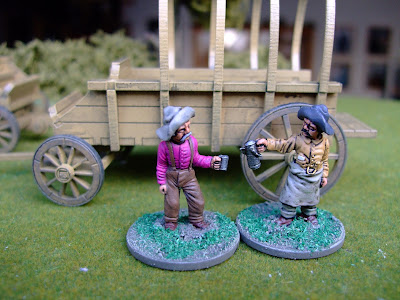 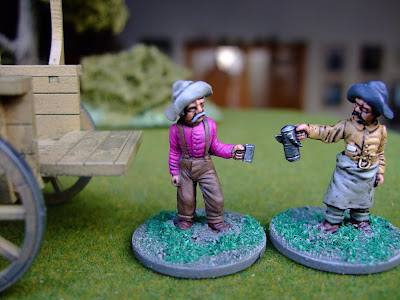 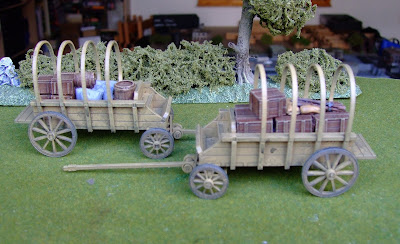 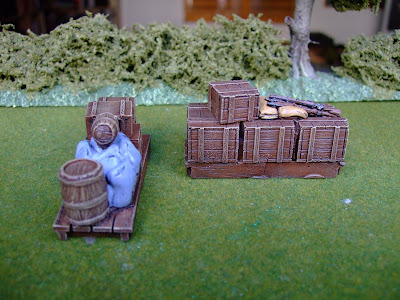 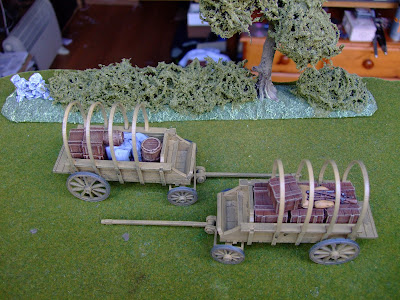